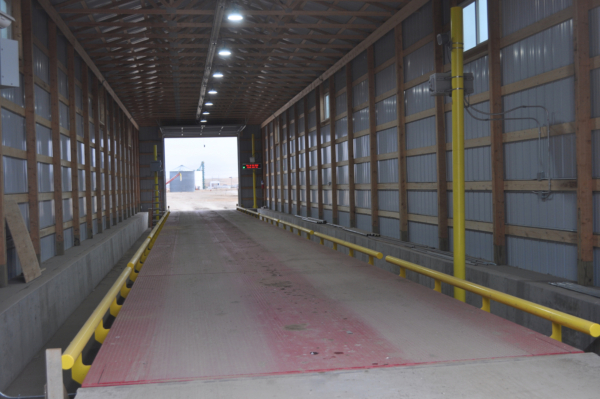 It used to take 10 minutes just to dump a load of grain into the receiving pit at United Quality Cooperative’s downtown elevator in New Town, ND (701-627-3636). Now it takes only 10 minutes for the entire receiving process from the time a truck enters the property to the time it leaves, says J.T. Phipps, outside operations.

United Quality had a traditional pit-type dump-through scale in the facility’s grain receiving building. Trucks pulled in, were identified by a scale attendant, pan-sampled, weighed, dumped, and weighed out. The driver received a scale ticket by walking into the scalehouse.

When it came time to modernize receiving, going with a truck management system was an easy decision. The coop chose the SmartTruck system provided by CompuWeigh Corp., Woodbury, CT (203-262-9400). It went operational in February 2021. “We’ve had a CompuWeigh system at our Parshall (ND) elevator for a few years, and we really love it,” Phipps says. “I wish I’d had one here a year ago.”

In addition to the SmartTruck system, the project includes a new 110-foot Rice Lake Weighing Systems pitless scale housed in a new pole barn building to protect it from harsh winter weather. The pit-type scale was sold, and the new scale was installed by Prairie Scale Systems, Inc., Horace, ND (701-281-9591).

Phipps says trucks can be routed onto the new scale from either direction, depending on whether the truck is arriving or leaving. 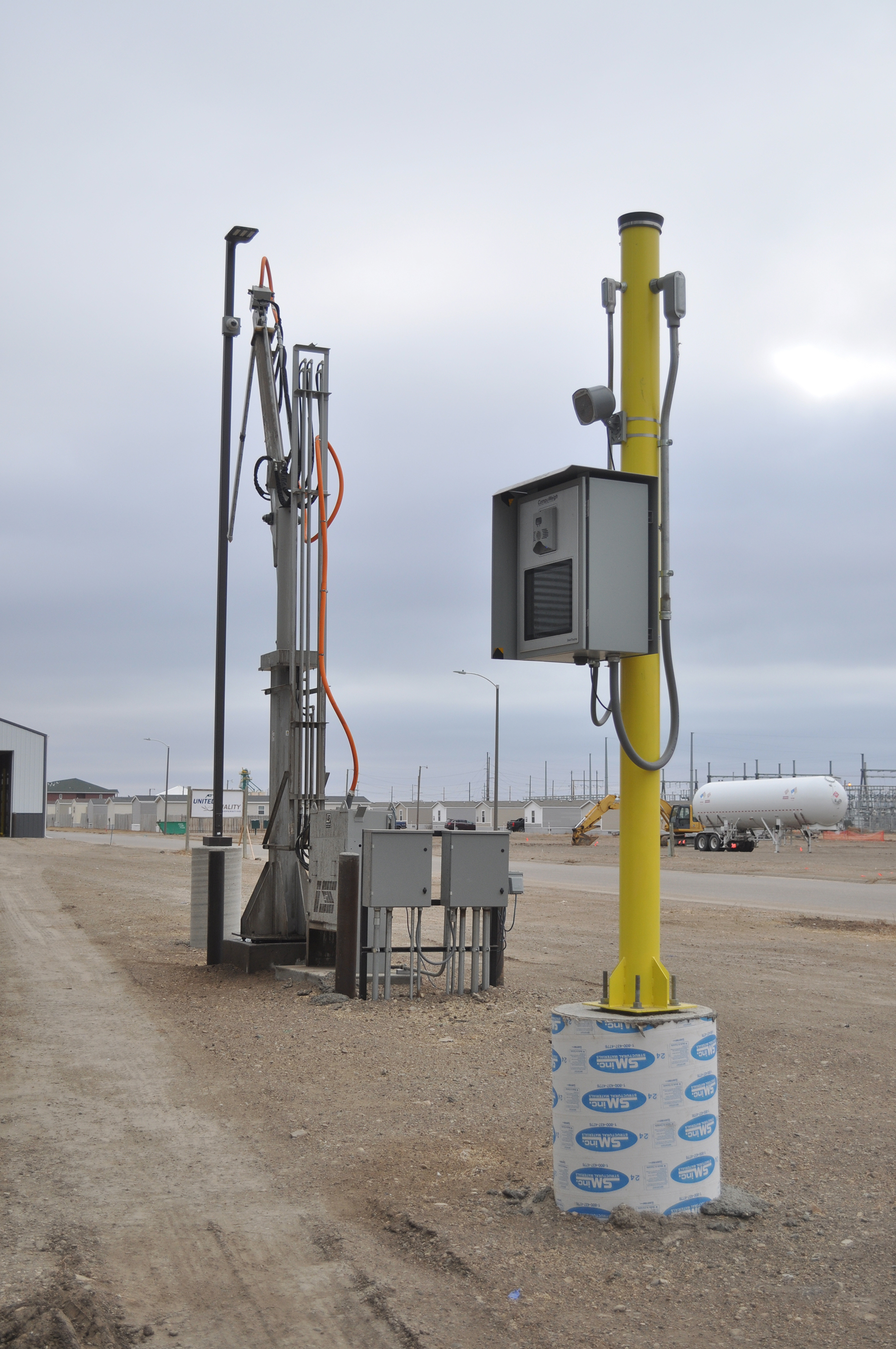 Trucks pull onto the scale and are identified by an RFID tag. Once a set of photo eyes confirm that the truck is fully on the scale, the gross vehicle weight is recorded automatically by the SmartTruck system.

The truck then leaves the scale and proceeds to a new single-lane probe station with a GSI InterSystems truck probe. Also at this station is a CompuWeigh SmartTouch Plus Driver touchscreen terminal.

The driver uses the touchscreen to select the producer/split entry of who is to be paid for the load. The onus falls on the driver to make the correct selection, removing blame from the scale attendant.

The truck then proceeds to the receiving pit and dumps the load.

After the receiving pit, the driver circles back to the same truck scale traveling in the opposite direction. Again, the truck is identified automatically by the RFID tag.

Once the photo eyes confirm that the truck is completely on the scale, the tare weight is recorded automatically, and a scaleside CompuWeigh OTP 4800 outside ticket printer prints out a scale ticket for the driver to take. At no time is the driver required to leave the truck.

To learn more about the CompuWeigh SmartTruck system, click here.

- From the March/April 2021 GRAIN JOURNAL 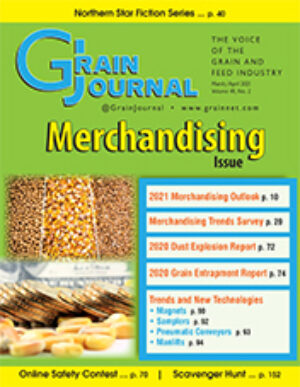 View this case study and more in the Grain Journal March April 2021 magazine.