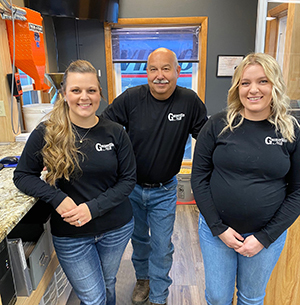 When Garnavillo Mill owner Roger Balk reluctantly brought computers into the business in 1995, AgVision Software turned his doubts into enthusiasm.

Balk admits he wasn’t very enthusiastic about computerizing Garnavillo Mills’ operations at the time. “I thought those computers would make great boat anchors,” he jokes. “AgVision made me a believer. I don’t know how they did it, but they did. Every year, we keep adding more and more AgVision software, because we are very happy with their services.”

Garnavillo Mill Inc. has been in business since 1936, when brothers Val and Robert Brandt started the feed mill in northeast Iowa. Balk began working at the mill in 1975.

In 1989, the Brandt brothers asked Balk to run the business, and in 2011, he and his wife, Shirley, bought the business and its diverse product line that AgVision software tracks.

Garnavillo Mill makes feed from the corn, soybeans, and oats it buys from local farmers and sells its products to customers in Iowa, Missouri, Minnesota, Wisconsin, Texas, California, and Oregon.

“Brooms, shovels, pitchforks, you name it, and we try to sell it,” Balk tells Grain Journal. “And if we don’t have it in the store, I’ll try to find it.”

The first AgVision products used by Garnavillo Mill were accounting and payroll programs. Next, it added AgVision’s Commodity Manager. “It does all of the calculations for drying and the shrink for our feed mixing program,” says Balk. “Plus, we can keep track of the grain coming in and going out. With the help of AgVision, we can track, code, and invoice feeds.”

Balk reports that with the scale interface program addition, his HACCP Coordinator Ariell Funk is using the functionality in AgVision’s software to facilitate compliance with the Hazard Analysis and Critical Control Points (HACCP) system of food safety regulations. 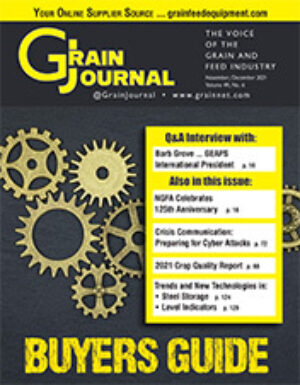 View this case study and more in the Grain Journal November December 2021 magazine.