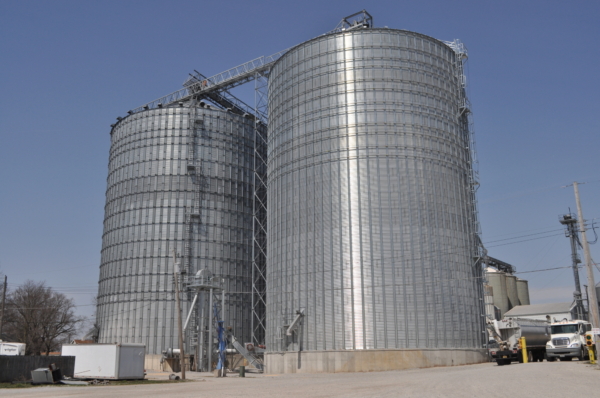 Idaville, IN — Limited storage space has been a perennial challenge at Hanenkratt Grain Co.’s branch elevator in Idaville, IN (574-943-3215).

“We typically ship out everything as soon as we receive it,” says Brad Smock, location manager, who has been with the company since 1996.

One reason is that there simply isn’t anywhere to store grain on the ground at the site, which is located right off U.S. Highway 24 in the middle of town.

In fact, there wasn’t even a lot of room to build more storage, so Hanenkratt Grain chose to build as vertically as possible in 2017, with a new Brock 78-foot-diameter corrugated steel tank standing 107 feet tall at the eave and 126 feet tall at the peak. The tank is rated to hold approximately 421,000 bushels.

The family-owned company took bids and selected Indiana Farm Systems, Russiaville, IN (800-352-0638), as general contractor and millwright on the $1.2 million project. “We’ve done business with them forever,” Smock says. The contractor’s Bob Resler designed, sold, and supervised the project.

Indiana Farm Systems broke ground on the project early in July and was done by the end of August.

The new Brock tank is equipped with outside stiffeners, a flat floor designed for full-floor aeration, a 5,500-bph Daay bin paddle sweep, and a 14-cable OPI/Integris grain temperature/moisture monitoring system.

A set of four Brock 40-hp centrifugal fans provide 1/7 cfm per bushel of aeration. The fans are equipped with silencers for the in-town location.

Grain is carried out to the new tank from existing grain handling equipment via an overhead 20,000-bph Brock/Riley drag conveyor powered by a 50-hp Baldor motor and Dodge speed reducer. The conveyor is supported by a 150-foot-long LeMar catwalk mounted atop a 10-foot-x-10-foot, 130-foot-tall LeMar support tower.

For unloading, the tank is outfitted with a 12-inch sidedraw. When grain drops below that level, it empties onto a 10,000-bph Brock/Riley drag conveyor in an above-ground tunnel. Outside of the tank, this conveyor inclines, then drops grain into a 10,000-bph Brock jump leg for truck loading. The leg has 16x7 Tapco low-profile buckets mounted on a 17-inch Contitech belt. 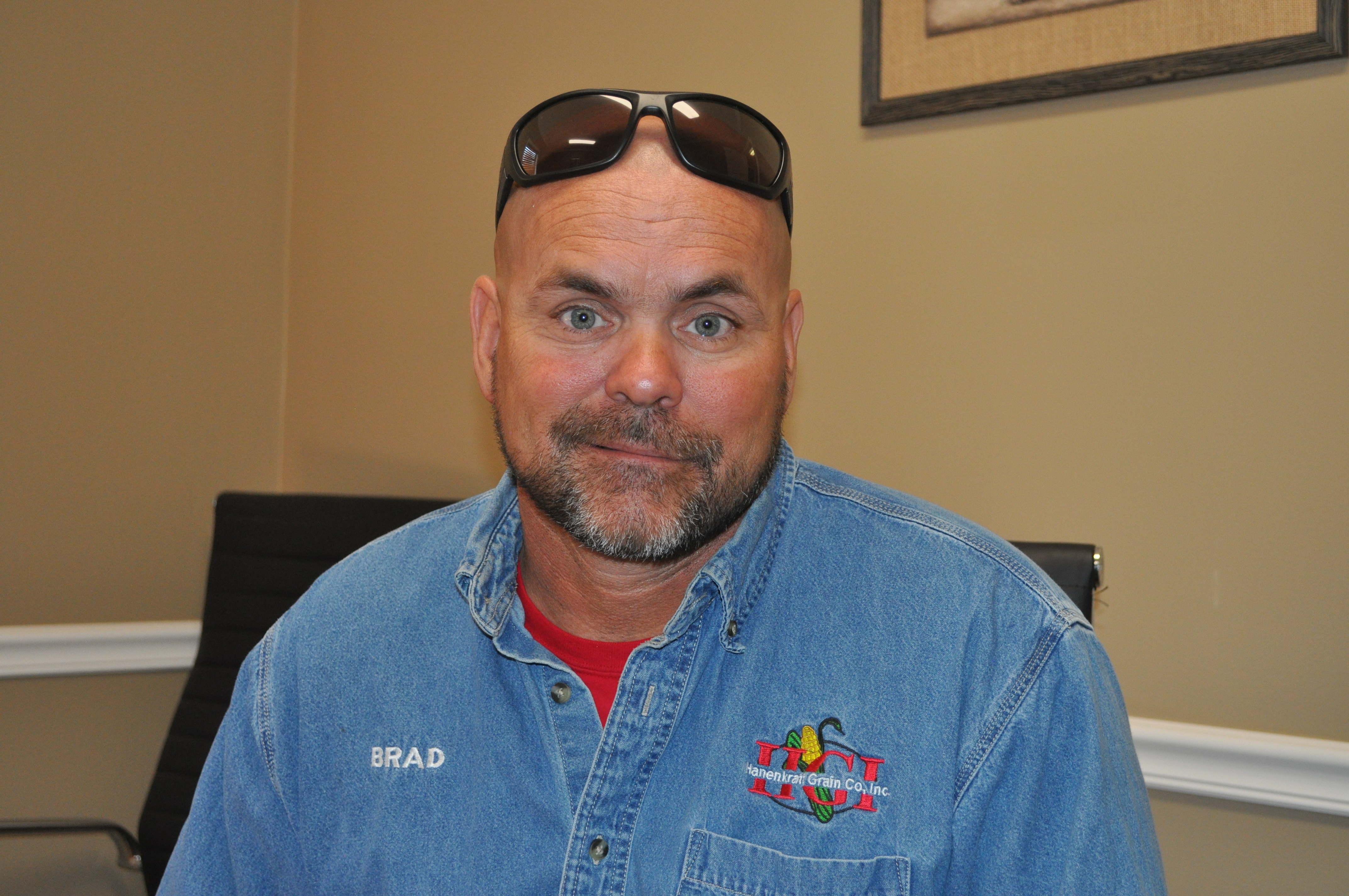 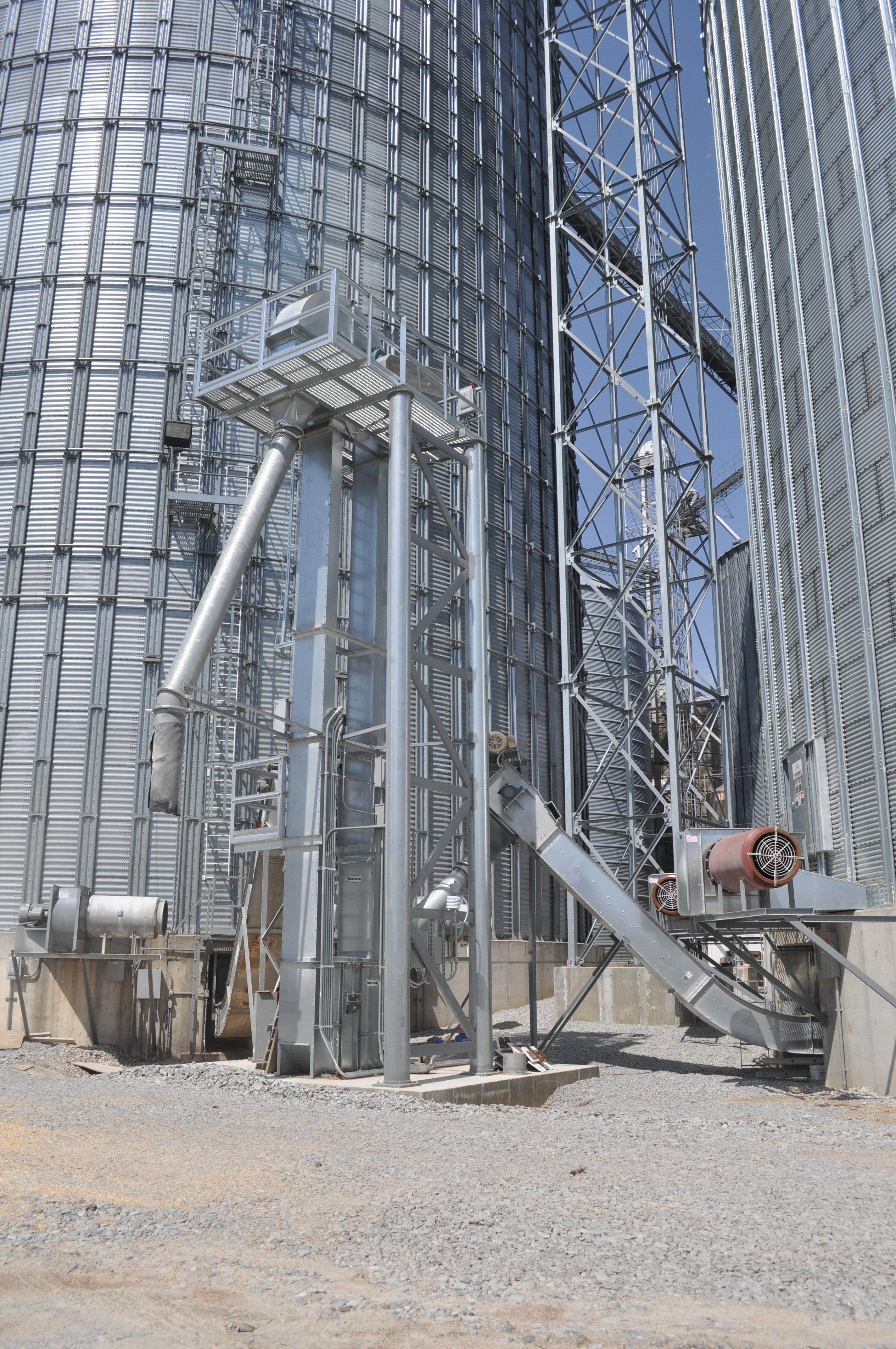 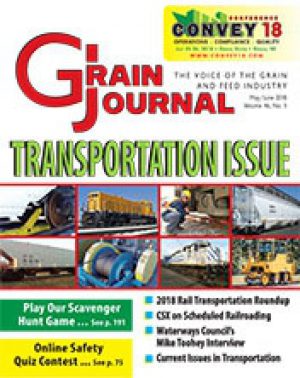