This article is taken from the First Quarter 2021 MILLING JOURNAL

When John Wilson founded Western Foundry in Leavenworth, KS in 1856, he began molding what remains as the oldest operating manufacturing firm in the state of Kansas. In 1858, he incorporated what would become Great Western Manufacturing. The foundry originally manufactured steam engines, repair parts for steamboats, and wood-burning stoves.

In the 1880s, the company acquired engineering designs for a line of milling equipment. Great Western focused its efforts into manufacturing large milling equipment, competing with companies like Nordyke Marmon & Co. and Allis Chalmers.

Great Western’s growth continued into the 20th century, as the world’s demand for flour products increased. When the milling industry slowed during World War II, the company began specializing more in sifting, agitator, and screening equipment. That commitment led to its rise as an industry leader in sifters, sieves, agitators, trays, and lab equipment and service.

Representing the third generation of the Schroeder family to lead the company is David Schroeder, president and CEO, who is among more than 110 employees at Great Western. “All Great Western Manufacturing products are manufactured and supported in our Leavenworth facilities,” he says.

“Internationally, our free-swinging (HS-type) metal sifters are manufactured in Corum, Turkey by Gazel Makina utilizing Great Western-engineered components. We’re proud to attract knowledgeable team members who help us provide the milling solutions needed to meet our product commitment and customer expectations today and in the future.” 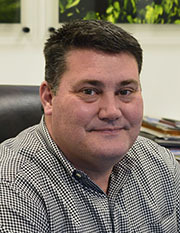 As a business operating for more than 164 years, Great Western Manufacturing more than lives up to its motto, “Separated by Excellence.”

“We’re committed to meeting the needs of our customers,” says David Schroeder. “There are no two customers alike, so we listen and solve problems by providing custom solutions and being the best at what we do.

“Many of the company’s 110 employees have been with us for more than 25 years and some over 40,” he says. “We pride ourselves on responsiveness to customer needs and respect to our fellow employees.”

Schroeder adds that Great Western supports its local community, as well as technical education programs that help train future leaders in the milling and grain industry.

Great Western also has long supported Kansas State University (KSU), one of the nation’s most vital institutions dedicated to teaching grain production, handling, and milling. David’s father, former CEO Jim Schroeder, is a member of the KSU College of Engineering Hall of Fame.

In fall 2020, the company donated a new sifter to the KSU Department of Grain Science and Industry’s Bioprocessing and Industrial Value Added Products Innovation Center, a state-of-the-art research facility with a pilot-scale extrusion facility and laboratory.

Great Western develops, builds, and services technologically advanced sifters and other milling equipment, such as sieves, agitators, and trays. Its technicians provide service on equipment, along with laboratory testing.

In early 2020, Great Western announced its new Summit sieve, which is designed to interlock the sieve stack and eliminate gaskets that can infiltrate the product stream.

According to Senior Technical Sales Engineer Jeff Seeger, “The Summit sieve has a new design that features a minimal number of fasteners that are strategically positioned to eliminate the risk of contamination. Removal of the gaskets results in interlocking trays, while retaining stability, preventing leaks, and gasket material in the product stream.”

With its larger screen area, more sanitary design, and a lighter weight, the Summit is a stronger, simpler, and superior sieve, adds Seeger. “No gasket or O-ring eliminates the possibility of foreign materials entering the product stream. The interlocking trays with its seal design eliminates the possibility of leaking between the screen frames and screen tray inserts.”

Lab testing. Great Western also offers customers access to its testing lab free of charge, he says. The lab’s Sampl-Sifter replicates the performance of full-scale horizontal gyratory sifters. “Testing determines how products perform during sifting and identifies potential difficulties due to particle size distribution and shape, bulk density, moisture and oil content, and the possibility of static charge. The lab then identifies potential solutions to problems.” 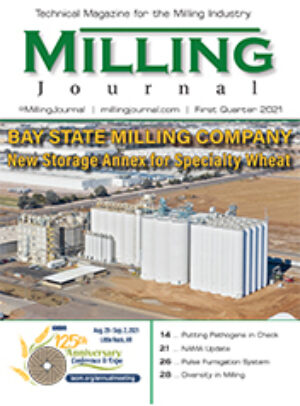 View this company profile and more in the Milling Journal 1Q 2021 magazine.