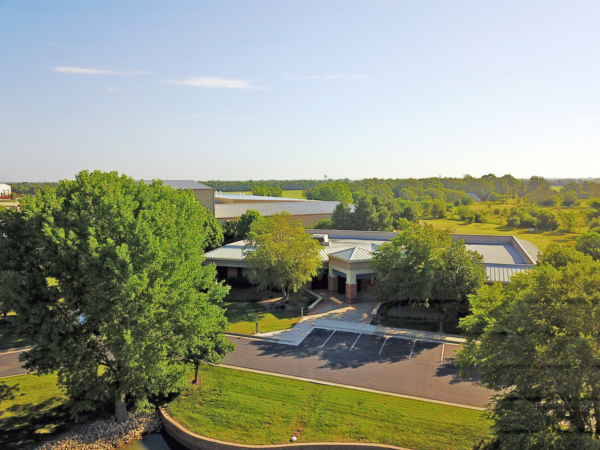 When Ira Kice opened a blacksmith shop in the 1870s in Wichita, KS, his horseshoeing talents forged a family trend of meticulous metalworking that now serves food and feed mills, as well as oilseed, wood, plastics, and even hemp processing plants both domestically and across the globe.

The family’s work went from horseshoes to other metalwork when Ira’s grandson, Bill Kice, obtained an apprenticeship in sheet metal.

By the 1920s, he was fabricating sheet metal for Allis Chalmers flour mills across the Southwest. His metal shop even assisted the fledgling Wichita aircraft industry. Bill’s understanding of airflow led to design and construction of the Kice-Type cyclone collector system in 1927. Kice Industries and its reputation began to grow.

Initially called Kice Metal Products Co. Inc., the company was incorporated just after World War II by Bill Kice and his three sons. Early success was magnified by their development of the multi-aspirator, which helped mills record higher yields in the late 1940s.

Their children and grandchildren guided the company into a worldwide presence in manufacturing mill operation components. It has since expanded to milling for plastics and other industries. It now employs more than 265 people.

“I’ve never been as excited as I am now about our future,” says Drew Kice, president since 2009.

According to Drew Kice, Kice Industries prioritizes hiring and maintaining customer-minded employees, and it teaches them to operate with the core tenets of safety, customer focus, integrity, continual improvement, family, and faith.

“More importantly,” he explains, “we talk about the kinds of actions that support these values. We’re always concerned with walking our talk, and we know that people’s actions drive our culture. Our culture is probably my highest priority.

“When I graduated from college,” says Kice, “I had the privilege to work with my grandfather for several years. I watched him interact with our customers and quickly noticed his genuine interest in their businesses. I saw the same thing in my dad and uncles, and over the years, I’ve recognized that this characteristic is simply part of our DNA.

“Every company talks about partnering with their customers, so I hesitate to use that phrase,” he says. “However, we view ourselves as an extension of our customers’ business plans.

"When we talk about customer focus, I always tell folks to put themselves in our customer’s shoes. Think about what they are trying to accomplish and make their life easier.

“This company has the capability to improve the lives of our employees, customers, suppliers, and communities. We don’t take that responsibility lightly,” adds Kice.

Products: Covering Every Aspect of Milling

Becoming a leader in the flour milling industry has been a goal for Kice Industries, according to Drew Kice. The company manufactures products and provides installation, training, and service for every aspect of milling.

“We always have had a wonderful relationship with the grain industry,” says Kice, “and we’re building the same relationships with other industries today. The multi-aspirator helped us take off in flour milling. Now, it’s used in thousands of different applications in many industries.”

The company also plans this summer to release a new baghouse design. “It’s something that’s not only new to us but to the industry as well,” he says. “It will provide a more reliable cleaning mechanism for filtering.

“The cleaning mechanism will solve some long-standing challenges in this market,” he explains. “We’ve been testing for two to three years and think our customers will appreciate the user-friendliness of the design.

About 90% of Kice Industries products are manufactured at its complex in north Wichita, KS. Other products are produced at its foundry, Casting, Fabricating and Machining, in Blackwell, OK. “Much of the casting industry is in China or Mexico,” adds Kice. “Our niche is the capability of pouring smaller quantities of complicated parts.”

Custom fabrication, automation, process, and layout support for food, milling, plastics, and other industries, including airlocks, cyclones, dust ducts, baghouse filters, multi-aspirators, and other products and systems for flour mills.

1990s Kice Shortflow unit is developed. Company expands to plastics and other industries outside grain-based foods. Expands to over 175,000 square feet of manufacturing space. 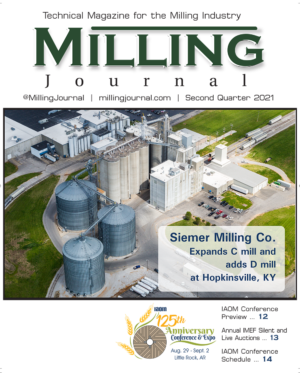 View this company profile and more in the Milling Journal 2Q 2021 magazine.