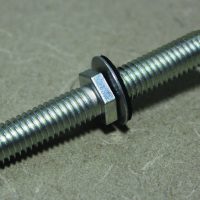 Sukup Mfg. Co. has introduced a double-ended stud bolt for use on laminated bin sheets to provide a tight seal directly to the outside wall sheet behind the stiffener, eliminating water infiltration between the sheets and into the grain.

According to Commercial Accounts Manager Brent Hansen, “The double-ended stud bolt improves steel grain bins by solving the potential problem of water intrusion behind the stiffeners and into the bin causing grain spoilage.”

“This fastener has two threaded ends, a rubber-backed sealing washer and a hex feature in the center of the threaded ends and is another example of Sukup making innovative improvements to address customers’ needs,” adds Hansen.

“The unique, patent-pending design allows you to seal between the bin and the stiffener while maintaining the strength and integrity of the connection.” 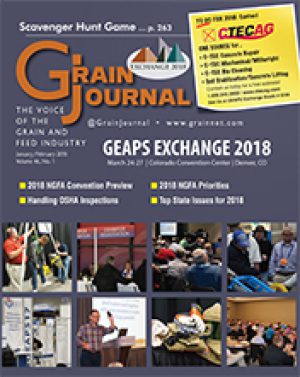 View this review and more in the Grain Journal Jan/Feb 2018 magazine.