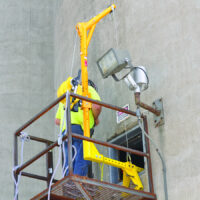 According to President and Owner Jeff Decker, “We developed this product after realizing there was nothing on the market that allowed for safe entry into concrete silos using a silo’s side door. Other systems available require you to climb the tank and enter from the top, which is inefficient when the silo is largely empty.”

“The system is designed for one person to operate and one person to enter, and the attendant on the outside has control to bring the worker up and out of a silo in the case of emergency,” says Decker.

“The system keeps tension on the man-rated winch, wherever the entrant goes, so the 100-foot stainless steel cable isn’t on the grain surface. And because it’s portable, it can be moved and used on other silos eliminating the need to buy multiple systems,” he adds. 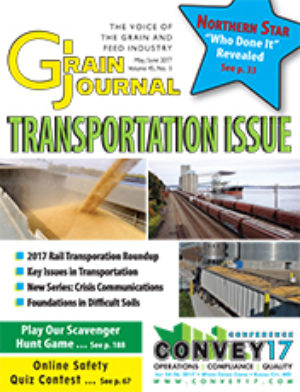 View this review and more in the Grain Journal May/June 2017 magazine.