Since 1995, Timewell Pipe has continuously developed and expanded its product line to meet customers’ needs. In 2003, the company introduced its Maxair aeration system, a corrosion- and rust-resistant high-density polyethylene pipe used to provide aeration for temporary grain storage.

According to Vice President of Business Development Brad Henry, “In the past, people used steel or ductile iron pipes for aeration, but they soon became banged up and dented for life. Plastic pipe is much more durable, has a longer life, and is much lighter so it’s easy to install and move with a forklift.

“Also, plastic pipe is highly customizable,” says Henry, “and can be configured in limitless ways depending on footprint and geography. ”

“Make plans early – before harvest season,” he adds. “If you don’t have proper aeration, there’s an extremely high risk of spoilage, especially as many temporary storage solutions become more permanent. Maxair is affordable at a cost of a few cents per bushel in temporary storage, so you can think of it as inexpensive insurance.” 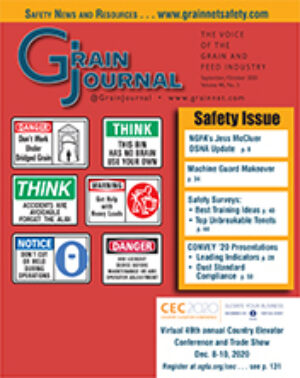 View this review and more in the Grain Journal September October 2020 magazine.