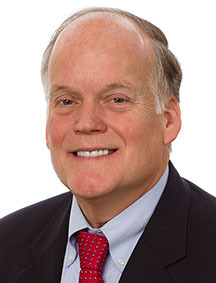 The National Grain and Feed Association (NGFA) has developed proactive, dynamic and far-reaching policy and program priorities for 2021/22 that reflect a changing federal and global landscape, and include important initiatives to further serve the grain, feed, processing and export industry.

The priorities received an initial review and affirmation by NGFA’s Executive Committee during its virtual meeting on Jan. 5 and will be vetted further with NGFA’s Board of Directors soon.

But I wanted to share several of the major highlights with the broad membership and invite your input, as well.

Engaging with the New Biden Administration and Congress:

A major initiative involves communicating the importance of the industry and its policy priorities to new Biden administration officials and members of Congress.

NGFA also has begun extensive outreach to communicate with Congress, including the nine newly elected senators and 60 new members of the House.

NGFA’s efforts on trade will focus on retaining the China Phase One Agreement while concurrently working to foster a more open, commercial trading environment between the United States and China that engages private-sector participants in addition to state trading enterprises.

NGFA also is encouraging the Biden administration to engage in trade negotiations with Southeast Asian countries, including considering reengaging in the Comprehensive and Progressive Trans-Pacific Partnership (CPTPP) trade accord.

Within North America, NGFA is involved actively with other organizations in seeking to resolve potential trade irritants with Mexico concerning U.S. biotech-enhanced commodities and glyphosate.

NGFA also will encourage the new administration to finalize a trade agreement with the United Kingdom, which underwent six rounds of negotiations during the Trump administration.

In addition, NGFA will be encouraging the Biden administration and Congress to renew the president’s trade promotion authority, which is scheduled to expire July 1, to enable the United States to engage in additional negotiations to expand U.S. agricultural trade.

Finally, NGFA is engaged in preparations for the United Nations’ Food System Summit, scheduled for Sept. 26; there are serious concerns this event will be misappropriated to advocate Draconian agricultural production and dietary policies modeled after the European Union’s “Farm to Fork” green new deal strategy and the agendas of anti-animal agriculture groups.

With the Biden administration’s whole-of-government focus on addressing climate change, NGFA will demonstrate the positive contribution that prudent conservation and farming practices on working farmlands have on sequestering carbon, and strongly oppose efforts to idle productive farmland at the expense of crop production.

NGFA will document the economic benefits of U.S. grain and feed production, including on rural communities, and the global impact that idling productive U.S. land would have, including the signal it would send to global competitors to convert more tropical rainforest and other environmentally sensitive land to replace sustainable U.S. production.

Additional funds will be sought to finance the U.S. Army Corps of Engineers’ civil works program for coastal navigation and port improvement and dredging projects.

Further, NGFA will be vigilant to guard against the potential reemergence of proposals to finance inland waterway rehabilitation projects through ill-conceived tolling or lockage fees imposed on commercial users of the waterways.

➢ Support Expansion of Rural Broadband: NGFA serves on the Steering Committee of the Rebuild Rural Coalition, which is advocating a series of rural-focused infrastructure initiatives, including expansion of rural broadband access.

In addition, NGFA is a member of the American Connection Broadband Coalition, which is focused on bridging the digital divide for areas that lack internet connectivity.

Further, NGFA will be conveying issues important to commercial users of the futures markets to a new CFTC chairman and likely one additional new commissioner once nominated by the president and confirmed by the Senate.

While continuing its strong support of crop technology innovation, NGFA will continue efforts to foster transparency so the marketplace is aware of biotechnology traits, including those produced through gene-editing, that are being commercialized.

The intent is to protect against a recurrence of the devastating trade disruptions that plagued the commercialization of some transgenic biotech events in the past.

With government, NGFA’s principal efforts will involve urging the U.S. Environmental Protection Agency to require publicly accessible notification of gene-edited traits that contain pesticidal proteins that are subject to its regulatory review, as well as to encourage the Food and Drug Administration to issue updated guidance advising technology providers to consult with the agency before commercializing gene-edited crop traits that could become present in human or animal food.

Building off work initiated in 2020, NGFA will continue efforts with the Surface Transportation Board (STB) to implement a streamlined, cost-effective way for shippers to challenge unreasonably high rail rates, as well as to instill more rail-to-rail competition to counter the impacts of the rail duopolies that now exist in the East and West.

A major need is to develop a mechanism for requiring carriers to meet their legal common-carrier obligation to provide their customers with service upon reasonable request to counter the increasing practice of several carriers to dictate the terms, frequency and type of service offered under their so-called “precision scheduled railroad” operating model that is focused on cutting operating costs and rewarding shareholders. NGFA also will be meeting with two new STB members sworn into office in January.

Among the major objectives are to:

1) extend the agricultural exemption under the U.S. Department of Transportation’s hours-of-service rules to make it year-round and to expand the definition of agricultural commodities within those rules to encompass animal feed ingredients;

2) create a pathway for commercial driver’s license-holders aged 18 to 20 to drive on Interstate highways and across state lines;

3) authorize states to determine maximum gross vehicle weights for trucks on Interstate highways within their borders;

The new Democrat-controlled Congress is expected to consider various legislation, which NGFA will oppose strongly, that would:

2) eliminate state right-to-work laws and reclassify independent contractors as employees (such as the “Protecting Right to Organize Act” introduced this week”); and

3) amend the Occupational Safety and Health Act of 1970 to expand its coverage and increase criminal and civil penalties for employers.

Meanwhile, at the Occupational Safety and Health Administration (OSHA), NGFA will showcase its proactive and multi-faceted education and training workplace safety efforts, including those focused on preventing grain bin engulfments, as well as the value of the NGFA-OSHA Alliance.

NGFA will continue work with other animal agriculture groups, as well as the Food and Drug Administration (FDA) and USDA’s Animal and Plant Health Inspection Service (APHIS), to prevent the introduction into the United States of foreign animal diseases like African Swine Fever (ASF), as well as on research to determine what role, if any, feed ingredients may play as a potential vector for transmitting ASF (importantly, no direct link has been established thus far).

NGFA also will advocate for reasonable approaches as FDA implements comprehensive inspection and remote regulatory assessment programs for FSMA and other regulations.

On the commercial side, NGFA in 2021 will lead a consortium of industry groups in partnering with the Association of American Railroads and its Railinc subsidiary to develop and implement a Web-based portal allowing rail users to determine the last three loads hauled in railcars to assist company food safety programs and in complying with FSMA’s sanitary food transportation requirements.

In addition, NGFA is reexamining whether to develop trading rules for distillers dried grains with solubles (DDGS) in response to industry inquiries.

In what I view as one of the most significant new commercial business services to be offered by any trade association in recent history, this platform enables those who trade barges to transmit bills of lading and other documents digitally, rather than in paper form that previously needed to be sent by overnight courier services — a huge cost savings in terms of reduced paperwork, delivery costs and back-office administrative support services.

A new NGFA-affiliated entity — National Grain and Feed Digital Solutions (NGFDS) — was established in 2020 to implement and administer the new platform, along with the selected technology provider (essDOCS).

This platform now is being used to transmit barge bills of lading for southbound movements of corn and is scheduled to be expanded to include soybeans and other grains by the first quarter of 2021 on the Upper Illinois and Mississippi Waterway.

The desire is to expand the availability of this digital platform to barge shipments on the Pacific Northwest inland waterway system once the system is fully implemented and functional along the Mississippi River System.

Importantly, NGFDS also provides a mechanism through which the industry can pursue future digital solutions to enhance business efficiency, a very exciting prospect!

As with most things at NGFA, the successful launch of this platform is a testament to the vision and collaboration of a dedicated group of industry volunteers who saw the business need and NGFA staff members who spent countless hours in working with them to develop and bring it to fruition.

If your company ships by barge and isn’t utilizing this service yet, you’re missing out on a competitive advantage. Check https://ngfds.org for more.

As always, NGFA needs and welcomes input from members on these policy and program priorities, as well as other matters affecting the broad industry that you believe warrant attention by your Association. Please email me at rgordon@ngfa.org, or contact me directly at 202-888-1091. Read more about NGFA’s priority issues and member services at www.ngfa.org.