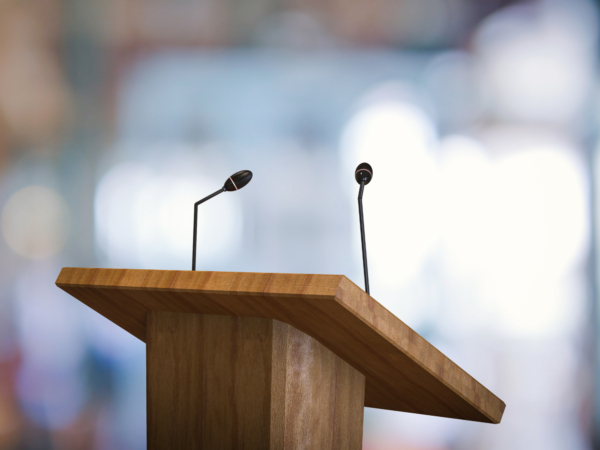 Congressman Ashton Carson harangued the crowd of Native American rights protesters across the street from Northern Star’s Pottawatomie elevator and went so far as to call for the cooperative’s destruction. Some of the protesters took off in the direction of the elevator office, and sheriff’s deputies moved in to stop them.

A shotgun blast was heard, and a 1,000-gallon anhydrous ammonia tank began spewing toxic gas, injuring several protesters and prompting the sheriff to call for an immediate evacuation of the area. General Manager Gil Maier confronts Location Manager Chris Aschermann over firing his shotgun at protesters.

“Put on your mask,” Gil told his location manager, “though I ought to let you choke on the anhydrous.”

Chris quickly did so. Gil already was wearing his N95 mask.

He heard the loudspeaker from one of the police cars in the distance: “ATTENTION! THERE HAS BEEN AN ANHYDROUS AMMONIA LEAK AT THE GRAIN ELEVATOR! THE GAS IS POTENTIALLY HARMFUL! PLEASE REMAIN INDOORS AT YOUR HOMES OR BUSINESSES UNTIL FURTHER NOTICE!”

Gil felt some satisfaction with that. Coop personnel routinely met with emergency responders over the years, including police, fire, and ambulance services, for training on various safety aspects at the company’s grain elevators. The deputies would know from that training that an anhydrous tank contained enough material to be dangerous but not enough to require the evacuation of the entire town.

But Gil had his own concerns, in the meantime.

“Now here’s what’s going to happen,” he explained. “You’re about to be arrested for that gunshot. They’ll take you down to the county lockup and book you. Then I’ll come by and get you out on bail. Because of who I am and what Northern Star means to the county, they’ll probably do it on personal recognizance, but I’ll pay if I need to.

“But I want to make it clear that I’m not doing this for your benefit. I’m doing it so you can come back here and clear out your desk. You’re terminated, and I don’t want to see you back here. How you deal with any charges you’re going to face is your business.”

“I don’t know if you’ve ever heard, but life’s not fair,” Gil said. “I don’t recall you ever being fair to Johnny Littlefeather. But he’ll be taking over as interim location manager for as long as I can spare him from his regular job. He’s the best person I’ve got for this right now.”

Chris was so stunned that he hardly reacted to the name of his rival. There was a faint knock at the office door. “The sheriff and some deputies are here to see Chris,” Betsy said from outside.

“Do let them in,” Gil said. He opened the door to Chris’ office. Sheriff Johnson and two of his deputies entered.

“Are you Chris Aschermann,” the sheriff said. Chris nodded.

“You’re under arrest for the reckless discharge of a firearm. There may be more charges, but that’s up to the district attorney. “

One of Johnson’s men grabbed Chris arms, pulled them behind his back, and applied handcuffs.

Johnson continued with his legally mandated warning. “You have the right to remain silent. Anything you say can be used against you in court. I have the right to have an attorney with you during questioning. If you cannot afford an attorney, one will be appointed for you before any questioning, if you wish. Do you understand these rights?”

Chris nodded again, and he was bundled out of the building to a squad car. The deputies left his mask on. Betsy closed the outside door quickly after them. “I expect I’ll be seeing you presently,” Bob said before following them out.

Gil didn’t envy Chris. Among the standard procedures at the jail would be a strip search and a body cavity search. But, he brought it on himself.

“The phone has been ringing off the hook,” Betsy told Gil. “The media.”

Gil answered the next call. It was the reporter from the Des Moines TV station. “Where are you at?” he asked.

“We’re all gathered at the parking lot at Pottawatomie Elementary,” the reporter replied in between coughs. He must have gotten a snootfull of ammonia during the chaos, Gil thought. “Can you meet us out here?”

“Better thought,” the manager said. “Why don’t you all meet me over at our main office in Monrovia in half an hour. There’s more room to accommodate everyone there, and you’ll still make your deadlines for the 6 p.m. broadcast. And sir, if you had anything more than a minimal exposure to that gas, I’d strongly recommend you go right to the emergency room in Monrovia. They can treat you for that.”

Before leaving, Gil told Betsy to wait until the sheriff gave the all-clear, then lock up and go home. Under the circumstances, nobody would be delivering grain to Pottawatomie that day anyway.

Gil and Johnny left together to drive back to Monrovia. The smell of ammonia was still in the air but had dissipated somewhat in the prairie breeze. The buses were gone, probably back to Clear Lake State Park, though Gil hoped they wouldn’t stop until they were back in the Dakotas.

Ashton Carson was nowhere to be seen, and if the South Dakota congressman had any sense, he wouldn’t be seen within view of Gil or anyone else at Northern Star Farmers Cooperative. How does a man like that get elected to Congress from a conservative place like South Dakota, anyway?

In his few years at the cooperative, Gil had learned area back roads pretty well, and he floored the accelerator in order to get back to the main elevator ahead of the media. Bob Johnson and his crew had bigger problems to contend with than Gil Maier speeding.

Gil succeeded in beating the press to his office. Once there, he called everyone working that day together. He and Johnny gave everyone a quick briefing on what had happened in Pottawatomie, though the way small communities work, some of them probably had gotten the word already. Gil told them that the media would be there any minute and to route everyone into the conference room.

As Gil predicted, three minutes hadn’t passed before reporters and camera operators began streaming into the office. Gil and Connie moved a podium used for annual meetings into a corner of the conference room. The room had nice acoustics; Gil didn’t think he’d need to shout for everyone to hear him.

The reporters were remarkably polite with their questioning; Gil had been used to seeing press conferences from the White House or after sporting events and had expected much ruder and aggressive questioning. Mostly they asked about the “burial ground” at the Pottawatomie elevator. Gil explained that the cooperative was having some excavation done for a new steel tank, that work was stopped immediately when bones were discovered, and the human remains were now in the hands of the state government in Iowa City. All was legal and above board.

A young woman identified herself as a reporter for the National Public Radio affiliate in Ames and asked Gil if he thought it was true that Northern Star was contributing to global warming by providing the ingredients to feed meat animals.

“That’s a worthwhile question,” Gil replied, “but the notion that eating meat is a major contributor to climate change is based on a misperception. Recently, I sat in on a webinar conducted by a professor at the University of California-Davis who has done quite a bit of research in the area of methane as a greenhouse gas.

“The gases that cattle emit when they burp does contain methane, but it’s the same methane they ingest from the plants they graze or in the feed they are given. There actually is no net gain or loss of methane in the environment.

“Now, there’s no question that methane contributes to global warming, but the biggest source from agriculture is not cows but food waste. As food materials break down, they release methane, and that’s the contributor to climate change. Meat contributes its share, of course, but 80% of all food waste comes from plant-based sources.”

The reporter asked Gil where that webinar could be found. Gil gave her contact information for the American Feed Industry Association. (Author’s note: Northern Star is fiction, but the video referenced here is not. You can find it on the internet at www.afia.org/news/afia-blog/going-back-to-college-for-a-24-minute-lecture-on-livestock-and-the-environment/.)

After that, there didn’t seem to be any more questions. The media packed up and left. Gil made a mental note to watch a couple of the TV broadcasts to see how accurate they were – most journalists are not very familiar with agriculture, much less the workings of a grain elevator.

Gil told Connie that he had some business to take care of down at the sheriff’s department. Then he drove to the county complex at the west end of town. The sheriff’s department and the county jail were contained in one single large building. In this county, jail guards were deputized and had to go through the same training and testing as the regular deputies out on the road.

At the front desk, Gil was told Sheriff Johnson wanted to see him. Gil knew his way back to the sheriff’s office.

“I thought you might be showing up about now,” Bob said. “I met with the D.A. He’s okay with a personal recognizance bond for Mr. Aschermann and got one of the circuit judges to sign off on that. There are a couple of conditions, though.”

“Well, first, he is not to go back to the elevator in Pottawatomie. He can’t set foot on the premises.”

“That’s not a problem,” Gil said. “I fired him. I’ll accompany him to clean out his office, and then he’s out of there for good.”

The sheriff thought for a minute. “That’s acceptable, as long as you are with him the entire time. But that brings us to the second point. You are responsible for making sure Mr. Aschermann appears at his court dates. If he skips, you are responsible for paying the bail money that would have been set. We’re talking about a ‘sell-your-house’ kind of sum here. Understood?”

“Finally, if the D.A. decides to charge him with anything more serious – say, attempted homicide – the bond is revoked, and your charge comes right back behind bars. Mr. Aschermann is not to leave the state of Iowa, and I’d recommend you don’t, either.”

“With that, I’ll have my shift supervisor, Gary, escort you back to Mr. Aschermann’s cell,” Bob said.