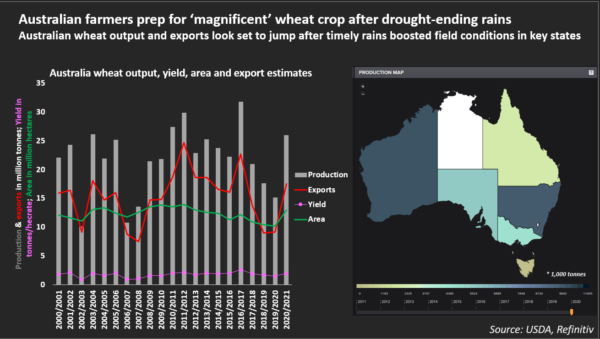 The mid-season crops in some of Australia's major eastern grain-growing areas are as lush as some industry veterans can remember, representing one of the few bright spots in the country’s pandemic-affected economy.

Australia was one of the top four global wheat exporters before the unrelenting drought started slashing production.

The country’s chief commodity forecaster recently lifted its wheat production forecasts for 2020-21 to 26.7 million tonnes, more than 75% above the prior year’s level and the highest since Australia’s record 35.13 million tonnes in 2016–17.

U.S. Sorghum Prices Rally with China’s Return to the Market